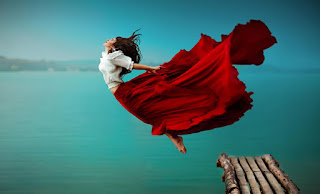 I come home from the soaring in which I lost myself.
I was song, and the refrain which is God
is still roaring in my ears.

Now I am still
and plain:
no more words.

To the others I was like a wind:
I made them shake.
I’d gone very far, as far as the angels,
and high, where light thins into nothing.

But deep in the darkness is God.


-from Rilke's Book of Hours – Love Poems to God

The Rilke poem may look familiar to those of you who remember my post for my 23rd sobriety anniversary. It is the same. I can't imagine ever finding a poem that describes coming to sobriety better than this one does, so I'll probably publish it again for my 25th, and on. The photograph is a change from last year's art, and I may not change it in years ahead. It's perfect.

I'll be keeping to my tradition of taking a few days and nights in October to be at the Oregon coast alone, and will drive over this afternoon. What began in 2001 as a spiritual trip in my mother's memory (she died on October 27, 2000 and we scattered her ashes at sea from a boat out of Depoe Bay) has in more recent years become that and more: my time to connect with my Self.

This will be my first time coordinating the trip on my sobriety anniversary, and I think it will start a trend for the future.  It seems fitting.

When I made my room reservations on Tuesday afternoon the inn clerk said the weather at the coast is indeed what has been predicted: stormy, rainy, windy -- making another first in my October solo trips there. But bring on the storms. I'll be in a beautiful room with private beach access and a book, lots of memories, and maybe some new insights. I'm going unplugged and will look forward to responding to your comments when I return home.


cloud clipart via A Perfect World
.

A great poem.. somewhere it is very reassuring between the lines.. I think it is the concluding line "deep in the darkness is God"!

Yet one more thing we have in common dear friend. I celebrated my 5th sobriety year last April
25th. To me I was stifled, confined, a prisoner in my addiction. Life has had it's share of ups and downs, but I can't imagine the task if I were not sober. As it is, I was fortunate to have bypassed my first year of sobriety before my deafness.

I look forward to having as many years under my belt and continue seeing life through sober eyes.

Congratutlations to a wonderous occasion. You truly are an inspiration. I can just envision you on this trip of introspection, storms and all. (Hugs)Indigo

Looking to the Stars said...

I know you will read this when you get back, so Welcome Back! I love the photograph.

Time alone is healing and refreshing to the soul. Will be looking forward to your next post

There is a magic about this post, it swells with warmth and achievement and hope. Not wistful hope, but powerful.Thanks for allowing us to join you on your journey.

I brought the four comments waiting for me this morning down into the comment box before leaving for the beach. Wonderful to hear from you all, and I'll reply in a few days. Take care, everyone.

I hope you are having a wonderful time recharging your batteries. We all need to get away from the daily routine once in a while.

Congratulations on your sobriety anniversary.

Rainier Rilke is probably one of my favorite writers... like ever. I can see why you love this :-)

You'll read this when you come back. I know how perfect the Oregon Coast is for quiet reflection and just enjoying life and the deep connection to nature. And from what I know of recovering alcoholics, this simple joy in life is very, very sweet.

Congratulations Lydia. I love the poem. There's a simplistic beauty and truth in those words.

Hope you enjoy the beach.

Congratulations on your sobriety. I admire that you take time to be alone and to think on the Coast. I cannot think of a better place to get in touch with yourself. Enjoy.

I love the poem and the picture and the post.
Wishing you a wonderful weekend filled with wonderful insights and revelations!
Namaste!

I am so awed by anyone who can overcome an addiction or any adversity. Congatulations!
Thank you for all the sweet comments you leave at my blog.

Happy Anniversary! Congratulations on your 24th year of Sobriety. I'm very proud of you.

I think it's just lovely that you are getting away on your own to the coast! I hope your enjoying yourself and feeling very "mellow" and "peaceful" about now..and wow enjoy those wild storms and wind which make the ocean waves and sky so beautiful and wild! I know you will become "one" with the ocean while your there.

I used to do things like this.."get away"..maybe one day I'll be able to do it again..I hope.

Love the photo of the woman jumping up into the sky...beautiful and very meaningful. Kind of like "free falling" hey?..:o)

@Indigo- I thought of you during time on the beach, especially about what you said regarding your deafness and sobriety. Your challenges have been greater than many in sobriety, and I consider you a beacon of inspiration.

@Looking to the Stars- I'm happy to be back after some fine time that turned out to be not stormy until Saturday morning. So I had lots more time on the sand than anticipated. :)

@English Rider- Thank you for your words, that I found hopeful and powerful as well!

@Darlene- Thank you. I feel quite recharged. Would have liked to have spent even more time, but I am certainly not complaining. Was lucky to be able to go. :)

@Brazen- He is that for me too. Some years before we could access information and photos online I found the first photo of him I had seen in a book at the Salem library. I was transfixed by the depth of spirit in his eyes...

@Hattie- Yes, very, very sweet is so true. And I saw 20 pelicans at Lincoln City beach, on the sand because they were hiding from the strong winds. I'd only seen them far away in flight before, so that was special.

@svasti- Thank you for your good wishes, and for sharing your appreciation of the poem.

@Nancy- It really would be difficult to find a place better than the Coast for the kind of time/moments I sought. Of course I was not disappointed.

@Buddha- Namaste'. My, it will take some getting used to your new avatar. That is quite striking! I did not experience enlightenment at the beach, but I did practice meditation walking on the sand and it was fantastic.

@Phivos- Thank you and please know that I also thought of you and the beautiful waters I see in your blog photos of your special place in the world.

@Cherie/Butterfly Dreamer- So nice to have a thoughtful comment from you. I saw a butterfly kite flying at the beach!

@Rhi- Your comments were special and now I'm wishing for you a time like what I had at the coast. You deserve a getaway for reflection and renewal about as much as anyone I know. Peace to you.

Lydia, I found the Rilke poem in German, and it's even more beautiful!

Oh, I'd love to hear your own translation of it! I guess each translation would be a bit different. I've read in several places that one must be able to read German to fully appreciate Rilke. I can only imagine at this point......

Glad you like my self-portrait! I held the camera out in my right hand and took it.